How to spot the liar ? 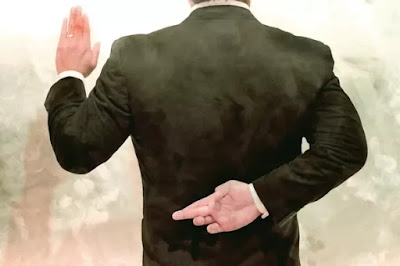 Hi good reader, At this moment we will talk about how to spot the liar, as we know the liar is coming from the bad habit which has been repeated over and over again, this habit often has been used for defending one’s reputation, so this is kind of human’s fake character and also it will bring effect to surrounding people who listens what he says, basically someone starts lying because he doesn't fear any consequence behind his mistake, besides that, the liar usually shows his lying when he wants to defend his honor, so others people will value him as a sharp, in fact, he never accomplishes what he started in the first commitment.
We need a nice strategy how to spot the liar because the liar always plans to grab people's attention and he wants to change the circumstance to be perfect, the first thing we must do how to spot the liar is the liar can't commit with his own decision, in the rest of his life, the liar always creates sensation by grabbing as much as attention from the public, the second thing we must do how to spot the liar is the liar always behaves like an intellectual snob behavior, the more often he talks something, the bigger lie he creates, so the truthful person doesn’t want to hear the rumor because rumor has nothing more important than avoiding the reality, the liar’s behavior can be reviewed when he tells something, the third thing we must do how to spot the liar is at the first glance the liar always behave polite, then his gesture of hand doesn’t show some definite reaction or he can't show the congruence between his gesture hand and the proven data.

the fourth thing we must do how to spot the liar; the liar always breaks his promise every time he wants to make a promise, the liar can’t be entrusted to do anything better because the liar always avoid his most frightening experience to be shown off, he can't be confident because his soul is always repelling what he says, we don’t need to fear or feeling hatred to the liar because someone who behaves lying can’t feel calm in his life, he will be punished  by reality, in the end of the day life will lie to the liar and there is no single person will put their trustworthy to the liar, I think my explanation is enough, hopefully this article will help you to improve your life, good luck.
By Fauzi Alfiandi at June 22, 2017

Email ThisBlogThis!Share to TwitterShare to FacebookShare to Pinterest
Labels: Attitude