This topic we will try to deepen study about the human abnormality habit which is happening to society, becoming gay is part of social habit which is happening to somebody who has mental illness and disability to differentiate between the human nature and human personal life’s meaning. As we know human nature is having the part of complex thing which lay inside into the living body, like molecule, DNA, characteristic, skeleton, sensory organ, Etc. On the other side the human personal life is constituted by the human daily program such as eating, drinking, working in the factory, hang out with friend, enjoying party in the night with couple. Etc. 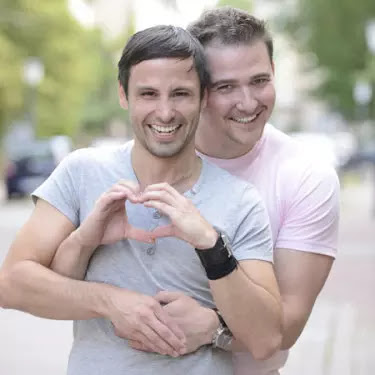 As we know the repetition will create something less to strong, and the repetition will create a new personal of human life, we can call it as the next self-copied generation, human life is generated by the process of consumption of social relationship such as associating with someone else in group, when they are feeling something good and feeling satisfaction, they will subdue their emotion feeling to their relationship. In addition someone who has a lack of knowledge in making human relationship, they are going to start doing unnatural in order to get something satisfaction in their personal life, sadly they don't know whether they do it for the right thing or bad thing, for their thinking ways is the part of the important thing in life is they are feeling satisfaction

for example : Mr. Alex will ask Ms. Bella to date in the Saturday’s night festival, but sadly Miss. Bella always make Mr. Alex feeling unhappy and making Mr. Alex feels wrongdoing, then they decide to break the relationship, after that  Mr. Alex will search another partner in order to impinge his problem to the mate, in another day Mr. Alex is making appointment with Mr. Charles (one of best friend) and they discuss about their personal life’s problem, luckily Mr. Charles has same problem as Mr. Alex did, they start to reveal what they feel in personal life, in the following day they feel good in making relationship without feeling the disappointment into each other, in order to satisfy their emotion feeling, Mr. Alex and Mr. Charles will search something unnatural to impinge their lust, for some unknown day the human nature  will be shifted at that time such as disaffection of sensory organ, so Mr. Alex and Mr. Charles start to become gay and their complex feeling will manipulate their lust finally they are not interested with woman in longer time.

for preventing the next generation to become gay, we must learn this rule to them
1. they have to teach to the next generation how to learn the sociology
2. they have to deepen the religion knowledge in order to teach them how to recognize why Man and Woman are created to complete something
3. they have to search something natural in life such as learning sexual knowledge, such as human reproduction process, learn the dangerous of sexual harassment in order to satisfy one's lust for power
4. they have to search the good social community and join with them such as red-cross association, helping the hungry person, etc.

Email ThisBlogThis!Share to TwitterShare to FacebookShare to Pinterest
Labels: Idealism