Never be romantic about how you make money

Today I would like to share about how you behave positively when people earn money, the reason why i choose that topic because many people feel overexcited when they can succeed to make money but they have lost the significant value because they treat the money so intensive, i review some people treat their money as their spouse, by that it means, they use money for buying money's love by following money's habit, in fact following the money's habit will decrease human's value, it's very bad influence, remember; money is like the scale tool, it can be used to increase your value or it can be used to decrease your value, money can increase the human value when people use the major money as the money investment, social charity or increasing self-reliance, money can decrease the human value when people use the major money for widening the satisfaction, such as use the major money for drinking beer, use money for buying the unexpected goods by credit card, and spend money to hold weekly party with friends, that's tragedy of life because they use major money for the minor purpose. 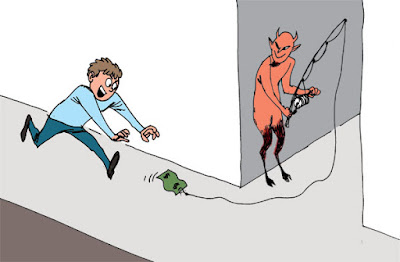 Some people spend their time by bringing more ready money in their wallet and they hope they can buy good stuff although they don’t need it for daily needs, in my opinion that habit will make human's characteristic get poor, the reason why I say such thing because money will shut down people creativity and money habit will keep human thinking about price, remember; when people think about the price only, they build recession in their life journey, but if people think about the value, they can build money making machine in their mindset. Don't ask money to manifest your dream, it doesn't work, money's habit can't teach everything to human how to become valuable person because money is just facilitate the process, not the main resources, you have to find the resourcefulness within your mindset how to deal with money, such as how to make money work, how to make money integrated with successful people's habit, remember this note; when someone often to use the ready cash for following the circumstance, as impact, his mindset always get poverty because money will influence him to keep buying and buying, it’s dangerous habit. 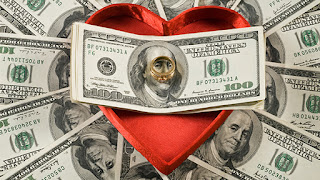 In my opinion, before we face with money's habit, sometimes we need to build self-reliance characteristic how to make money work for self-esteem, if we are just following the money's habit, it's part of romantic relationship in poverty because the money habit will keep human to work harder till people will start to die, in my major concern; if we don't take serious how to conquer the money's habit, money’s habit will keep human’s mindset how to become borrower, not lender, if you can change the bad money habit to follow your productive habit, your money will attract the bigger money from the unexpected circumstance.

Money can get you multiple opportunity when you invest your major money for major thing or major purpose such as attending the seminar, take the training program, buy book, investing money to school fee, etc. Meanwhile, money can make you stayed away from the opportunity when you focus how to spend your major money for minor thing such as eating in the luxurious restaurant weekly, watching cinema monthly, buy ice cream weekly, go at shopping center weekly for shopping, etc.