Where there is anger, there is pain underneath 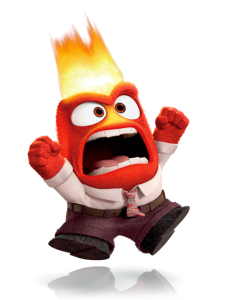 Hi smart people, howdy? Today I would like to share about the human’s emotional intelligence, especially how to fight with the anger, I know everyone has ever got angry because there is something dissatisfied in result, the reason why people get angry easily because there is pain of demanding beneath their emotional feeling, so this kind of pain will kill the human’s creativity, as adult person, the feeling of anger comes easily and goes out with hard process, the reason why anger goes out hardly from our mind because anger is part of negativity, now I will explain the root of problem why anger comes easily and attacks human because most people welcomes anger with their feeling of dissatisfaction and they are not willingly to upgrade their capacity of knowledge, only satisfied people can accept feeling of anger, basically anger is like the mental disease, anger usually attacks to type of human who can’t adapt with new situation or people reject a new adversity, so we can conclude that showing anger is part of destruction and anger can destroy people's inner power, so the anger people shows they have pain which haven't be cured yet.

The low vibration from the human's inner power is part of the root of problem why people easily get angry, remember this note; the inequality of social bond and lack of knowledge are virus which can make human get angry easily, If people don’t want to train their mindset by facing adversity, their maturity won’t grow and their creativity don’t evolve as well, so basically the pain will attack the human’s emotional intelligence when people are self-righteousness, so as human being, we shouldn’t accept mediocrity and we mustn’t  blame adversity when it comes around us because it's part of natural system, the reason why we are not allowed to blame adversity because act of blaming is part of the circle of hell, if we don’t want to be touched by the darkness of life, we must get ourselves enlightened as the top priority, that’s requirement, if we keep blaming over and over again to any kind of circumstance, the feeling of laziness will come to us and we will feel paralyze because of it, as human being, we are not entitled to change the universe system, whether we like it or not with system, we should learn it with open minded or think out of the box, that’s simple way.

Don’t be awkward person and don't try to become people who don’t want to change, if we don't upgrade our ability, the nature will sweep our resourcefulness, people who are willingly to move is showing of maturity because act of movement can avoid the feeling of doubt, anger and anxious, the main reason why act of movement can avoid the mental disease because act of movement can create higher vibration, remember this note; the more you create higher positive vibration, the more you destroy your darkness in your own mindset, so staying at comfort zone is kind of dangerous place and not good option, the main reason why staying at the comfort zone is very dangerous because the comfort zone has potentially created self-satisfaction, doubt, stubborn, selfishness and anxious.