If you repeat lie often enough, it becomes your religion 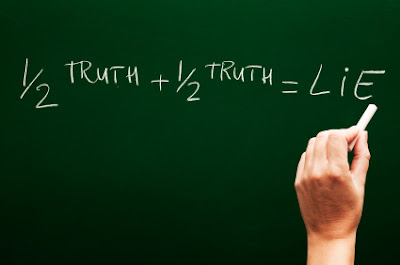 Hi smart people, good day, isn’t it? Today I would like to share about how to prevent the words from telling lie, the main reason why I choose that topic because many people think telling lie can protect their reputation and also telling lie can hide their biggest mistake, it's totally wrong philosophy, if you meet with kind of person who has liar habit, don’t consider it as your business partner or you consider him as your comrades in arm, but you can consider his existence is like self-reflection, in your daily life, you can monitor your habit whether your personal character approaches the lying habit or not, remember this note; telling lie can't protect someone from the bad treatment, when the lying habit is going to become new habit, it will drive someone's life into darkness in the future. 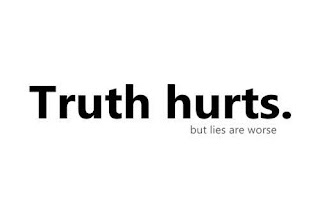 Habit is like the kind of  investment, when we do the evil, we do it for ourselves, the act of evil can't be transferred into other people even though someone succeeds to put the worse thing to them, but in the end, the result will return to the first user no matter how clever he can avoid it, remember this note; every act of telling lie in one minute is calculated by the time and small lie is enough to destroy our reputations which has been built in decades, act of lying is powerful tool but it's too dangerous if this habit will be handed down into the human's daily habit, especially to children's habit, nobody knows when every lying can become a self-destroying machine, but telling lie for stupidity purpose is equaled with someone who is entering the wild animal cage with unskilled. 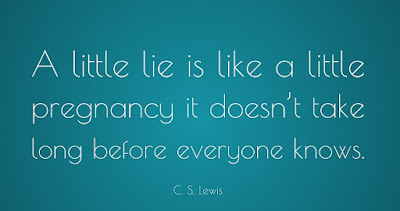 Now I understand why most people are getting poor although they have much money in their bank account, because they break the law of religion where it says “whoever does an atom's weight of evil, he will see it, soon or later someone can't avoid this truth” people's mindset must align with law of religion because every word can represent how good of someone's life in the future, in my personal opinion, don’t ever consider the act of telling lie is easy to be done even though it looks harmless for ourselves, but beware of the lying story series because it can become new religion and we can't get loosed from it, nobody can stand guard at the door of their mind within 24 hours because sense of forgetfulness can happen at any time, starting from today, remember this philosophy; life is like the sugar and salt, both have same white color and both have the same appearance but its taste differently, just like truth and lie, telling truth is giving hurt but telling lie can stop the sense of self trustworthy. 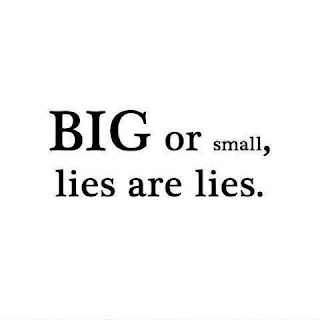 Nobody knows when the evil will stop to give trap to our life journey, all we need to do is staying away from the toxic rule where it can manipulate the human’s mindset to think negative, telling lies is part of toxic rule, the toxic rule usually has been made by the group of dishonor people who hide the biggest mistake and hide their dishonor habit, remember this note; if people allow the toxic rule for filling their name, unwittingly all of their reputation will incriminate the future’s career to grow, finally their career is stuck because the toxic rule's existence.
By Fauzi Alfiandi at April 11, 2019