If you never try, you will never know 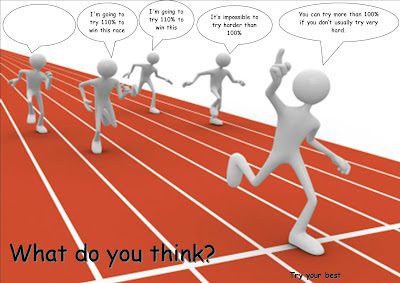 Hi smart people, good day, today I would like to share how to empower our mental intelligence by having countless trying habit, the main purpose why I choose this topic because many young people’s mentality are not prepared to face the life crisis such as economy crisis, daily necessity crisis, mental crisis, good attitude crisis, etc. maybe you will ask me, "why young people's mentality are not prepared for facing life crisis?" because they don't want to take risk and learn from it, my concerning is when young people turn into adult people, they still can’t overcome serious problem because they don’t have any good resourcefulness to fix it, as a result, they are easily to get desperation and they are unable to see their self-worth, now let me explain how to build good mentality, the first thing we should do if we want to increase our mental intelligence is keep hunger about the knowledge as if we had had never known what will happen in the future’s time, the second thing we should do if we want to increase our mentality is having strong passion to discover the universe riddle such as the universe's law, the disaster of life, the power of imagination, etc. 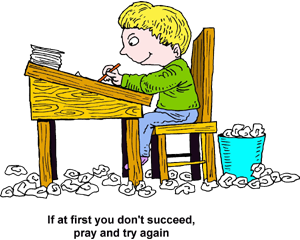 The third thing we must do if we want to increase our mental intelligence is becoming a visionary person, means, you have the ability to delegate your power of vision to access the possibility of success in the future, as a visionary person, you start to commit to do something valuable even though you have failed many times over and over again, I just remind you that there is nobody in this world will know about the future, except God, as normal human being, we are not entitled to interrupt the God’s tomorrow plan, the main goal why every human ability is tested every day because Almighty God wants to know whether the human's performance is deserved to accept the reward during undergoing the exam process, so there is no time to stop trying because there is no failure in this life, when you get failed at something you have never did before, its normal because it’s part of practice, if we compare between the school’s education system and God’s education system; the teacher will punish you once you make any mistake, but if you receive the God’s education system; God will punish you if you don’t make any mistake. 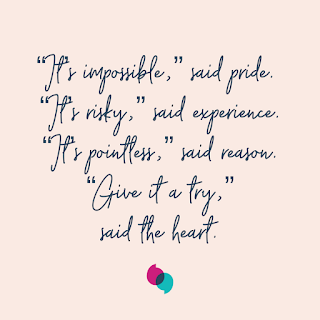 There is nobody can understand a new lesson easily from God’s education system at the first time, except human are forced to create new mistake as consequence for growing our mental strength, that’s part of Almighty God’s favor, not punishment, remember this note; Almighty God will give a reward to human who keep trying over and over again because God knows the unwavering attempt is the requirement how to unlock the unlimited wealth, don’t be shy when you don’t know about greater knowledge, as long as you keep trying, there is nothing impossible to achieve it, besides act of trying, do the repetition is the mother of all skill, “the more you practice, the more you get enlightenment, the less you try, the less possibility to succeed”.