How to play the game of financial freedom 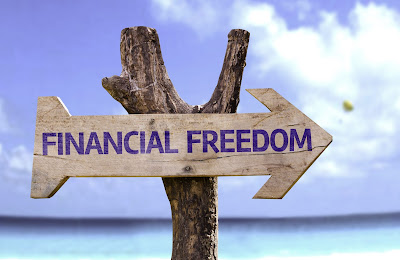 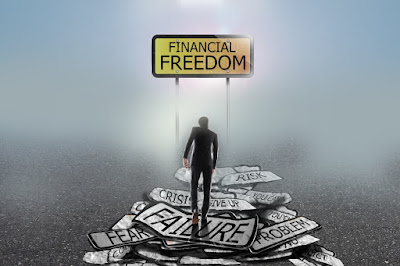 If we talk about history, everybody has ever experienced the financial problem because they don't know how to distribute their money, here is the problem that most people have; they don't possess good philosophy, here is good philosophy "money doesn't need to be seduced, you need to seduce money", means "money only loves with the right person who knows exactly about what the money really wants, money doesn't like to be chased with the desperate man", if people only think about how to play the game of financial freedom, money will risk the human's lives by making people to pursue money and trap the human's satisfaction into the financial crash", remember this note; financial freedom's plan will not give anybody to get freedom because every day people need to fund for daily needs, fund for rent, fund for credit card, fund the car / motor/life insurance, fund for education, etc. Those are part of trap for people who get seduced by their money, then people will be forced to pursue money until people got into debt, remember this note; as long as we are still alive on earth, we can’t collect the financial freedom's degree because money will provide a new problem to the people's habit and money will put the desperate cash to type of people who don't prepare their life independence skill first.

Remember this note; the money’s lifestyle doesn’t need to be saved, but the money's cash flow needs to be diversified into a wider range of product, interest, skill in order to reduce risk which may impact to the human’s life independence skill, the financial crisis comes from the lack of independence skill, the financial trend is like the big sea wave, sometimes we need to learn how to swim before the big sea wave will come and drown us, in reality life, when we know how to build a life independence skill, unwittingly we can seduce money to work for our behalf, if we don't want to learn how to seduce money to work, we will be drowned by financial crash and we will be forced to accept the desperate cash, here is the note for reminding us; if we don’t make preparation for a life independence skill, our lifestyle will be boredom and lifeless, hopefully after you read this article, you and your beloved people know how to survive during facing the financial trend is down.