Anger in the workplace? Stop working in multitasking

Hi, good readers, howdy? welcome back with me, Fian, hopefully you always have the abundance of happiness, health and prosperity, today I would like to share about the topic “Anger in the workplace? Stop working in multitasking”, the main reason why I choose that topic because not many people can control their anger in the workplace, when people start working in multitasking, they don't realize that multitasking habit can invite bad temper because multitasking's habit tends to break people's focus into several places and multitasking's habit tends to enfeeble people's stamina, based on that explanation, multitasking's habit has potential to increase human's quick temper, if we see based on statistic data, around 85% employee in the world must be obligated to work in multitasking when they start to work at company, even though people are paid based on working hours they invest, but in actual condition, they are unhappy because they work for fighting their human’s nature, do you know what I am talking about the human’s nature? It is talking about human’s vision, human’s strength of character, human’s capacity and human’s adaptation about their limitation, now my question is “have you ever wondered why most people are feeling disappointed even though they are paid based on the working hours they invest at company?” here is the answer; “a sense of disappointment comes from the lack of a strong will to give more value than their capacity to receive, when people's capacity of receiving is lack, they tend to demand more to others rather than they demand to themselves to do more”, I don’t wonder why people don't fear about regret even though they work at company because people’s habit has been trained by company to pursue the rule where it offers more pleasure and less suffering, remember; the company's policy doesn't ever teach employee how to explore reality, it tends to teach people how to feel safe and take less risk. 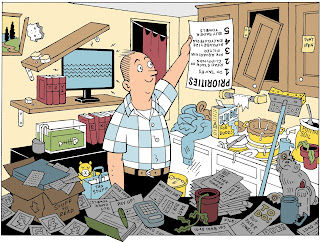 In order to explore reality, every human must unmask their potential, take more risk and responsibility to every decision they take, the root of problem why people are angry quickly when they are faced with difficult situation because their daily habit has been trapped by the company's rule where it teaches people how to work under pressure in multitasking way, that kind of dogma where it will never let people to find the moment of happiness because they are pushed to work based on what they don’t plan for their future, remember this advice; the moment of happiness will never be shaped into reality when people don’t plan something for their future with their own freedom of choice, freedom of expression, and freedom of thought, from the conclusion above, money will not be able to increase human’s potential, money is designed to measure human's capacity, increase self-satisfaction and increase the ignorance level zone, if someone wants to increase his prosperity, he must increase his reserve of potential and break his limiting belief by giving more than they are receiving, here is the special note; the more someone is willing to break his limiting belief by learning more, the more door of faith will guide him to receive more information than what he deserves, the more someone knows about his strength of character, the more he closes with his God’s wealth, the less someone knows about his strength of character, the more he closes with something terrible, I think my explanation is enough, hopefully this article can give you an idea how to improve your life, good luck.